Construction of a 9-class school in Boroujerd, Lorestan

Boroujerd city, which is located in Lorestan province, is the second most populous city in Lorestan and the 38th largest city in Iran. The population of this city is 21680 according to the last census conducted in 2011. Obviously, a large part of this population of twenty one thousand people are students. According to the statistics of Boroujerd students, schools in this city can’t accommodate the children of this region fully and the reports indicate that there is a shortage of schools in some parts of the city. One of these areas is Andisheh town.

The Need for school in Andisheh town in Boroujerd city

With the research conducted by Barin Charity Foundation in Mehr housing area of Andisheh town, the need to build a school in the first and second years of high school was felt more than other grades. Second-year high school students in Andisheh Town, were forced to either go to more distant schools due to lack of educational space near their place of residence, or  go to overpopulated secondary schools in the area .

Now, with the construction of a school in this area, the problems and sufferings of the past will be solved, and dear students of Andisheh town can benefit from the new educational space.

After conducting a lot of research by Barin , a suitable  land with an area of 420 square meters, was finally selected for the construction of this school. This space is perfect for building a school with 9 classes.

he groundbreaking ceremony of a 9-class high school was held with the presence of Dr. Hafezi, the Honorable Chairman of the School-Building Donors Association, a representative of  Barin Foundation and a group of provincial officials.

It should be noted that it’s a girls’ high school and it hosts first and second year high school girls. The high school has enough capacity to accommodate 210 female students.

At the moment, this school is in the middle of construction and about 60% of its construction has been completed. With the completion of the remaining 40% of Andisheh Girls’ high School in the near future, female students of this region will be able to go there. 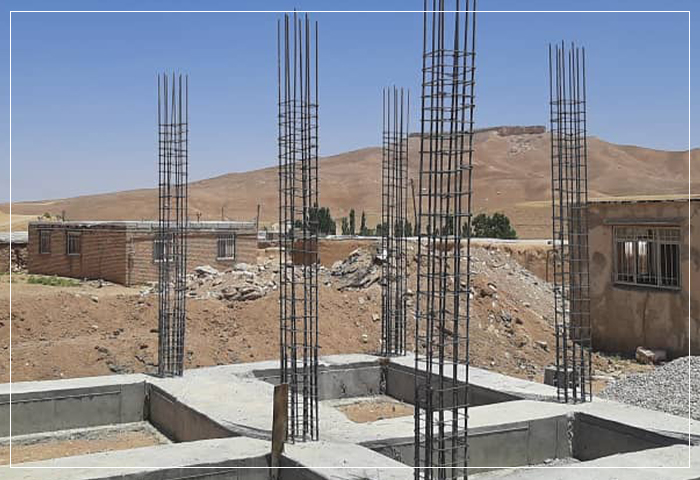