Construction of two three-class schools in Chaharmahal and Bakhtiari 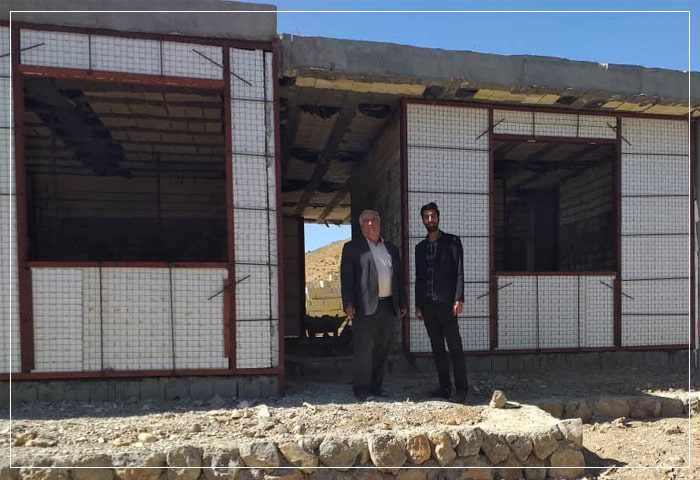 Once again, Barin Foundation and its collaborators promised to build a good school in another corner of our vast homeland, this time building a school in Chaharmahal and Bakhtiari.If you are one of the philanthropists or followers of Barin’s projects, you know that there are many schools in Iran that have either been completed or are being built by the efforts of philanthropists of Barin Charity Foundation. These two schools are also among the hundreds of projects of this foundation.The details will be explained to you.

Each of the school construction projects are done after much research in the urban and rural areas. Steps of doing projects are planning, implementing and identifying the need to build schools in different provinces and cities. The main purpose of research in these areas is to meet the needs of students.

Although it is not possible to offer education to all children and adolescents across Iran , the hope of institutions such as Barin Foundation is to meet most of students’ needs with the help of our compatriots.

Accordingly, considering the shortage of schools in Chaharmahal and Bakhtiari province, the decision to build two three-class schools in the villages of Khosrowabad (Koohrang) and Sama Lordegan Castle was on the agenda of this foundation.

Construction of a three-class school in Khosrowabad village

Khosrowabad village, which is one of the towns of Koohrang city, has a population of 240 people according to the latest census. A significant part of the residents of this village are children who are studying or ready to study. So building a school in Khosrowabad Koohrang was necessary. After the decision of building a school in this province was made, the three-class school finally reached the stage of ground-breaking on June 19, 2016. The school is being built for elementary students. In the near future, 25 girls and 35 boys will be able to study and acquire knowledge in this educational space. Currently, 75% of the three-class  school in Khosrowabad, Koohrang, has been built, and only 25% of it remains in order to be opened.

Jahrab village, which is located in Manj village, is one of the cities of Lordegan. The village has a population of 246 people, and according to Barin Charity Research, there was a need to build a school in Jahrab. Simultaneously with the ground-breaking of Khosrowabad School, construction of a three-class school in Jahrab was also started. The ground-breaking ceremony for both schools was held on the same day, June 19, 2016, in the presence of representatives of Barin Foundation and relevant village officials.

The construction of this educational center is planned based on building three classes for elementary school, which will be prepared for 17 girls and 33 boys. Currently, 80% of the building in Jahrab Mandaj School or Sama Castle has been built, and it is not long before it opens.

The aim of constructing these schools  in Chaharmahal and Bakhtiar is improving the education of the children of Khosrowabad and Jahrab villages. The whole effort of Barin and the school-building donors of this foundation is to ensure that the students of these two villages will be able to study, like other villages in the country such as Masjed Soleiman, Khorsas Azarbayjan, Bimnjangan, etc.